I am from Colorado, and I have tried over the years to introduce my family to skiing (or snowboarding) to the best of my ability. But let’s face it, skiing can be incredibly expensive. I’ve enjoyed the mountains in North Carolina which you can reach by flying into Asheville, but I am super excited to announce that Orlando Sanford International Airport is now offering a destination that can give you the entire skiing package without the price. Provo, Utah is just miles away from some of the best skiing on the planet.

Home to Brigham Young University, Provo also has some great museums like the Bean Life Museum of Natural History and the BYU Museum of Art, which has a beautiful sculpture garden. In the summertime, Provo is home to a living Pioneer Village. The Provo suburb of Springville known as “Art City” hosts Art City Days in June with its main event being a Hot Air Balloon Fest. Visitors enjoy hot air balloon fun day and night including a family street dance party.

Just a 45-minute drive north takes you to Salt Lake City, which hosts the Sundance Film Festival. Here’s a chance for celebrity sightings! Year round, Utah is an incredible destination to enjoy a growing list of cultural and culinary experiences. The cost is so much less than heading out to my home state of Colorado. And if you are interested in visiting another top destination in the United States for skiing, you are just one hour away from Park City. Families who may want to do something other than skiing though, can still have plenty of fun at spots like the Utah Olympic Park, a venue of the 2002 Winter Olympics Games, which now features a combination of educational, entertaining, and thrilling activities. 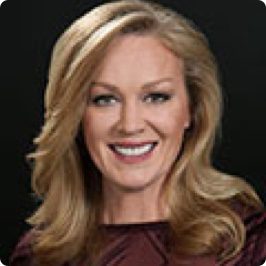 SFB is always convenient and friendly. Our direct flight had us quickly on our way!

It was so nice to not feel crowded or overwhelmed at the airport.

We’ve been flying our entire family through SFB for over 15 years. We love it!

We love the direct flights and never lose our bags flying through here.

We travel with pets, so it’s nice to have found an airport we can trust to treat him well!

With timely news, travel tips, and new destinations, we empower you and your family to travel across the U.S. and abroad.